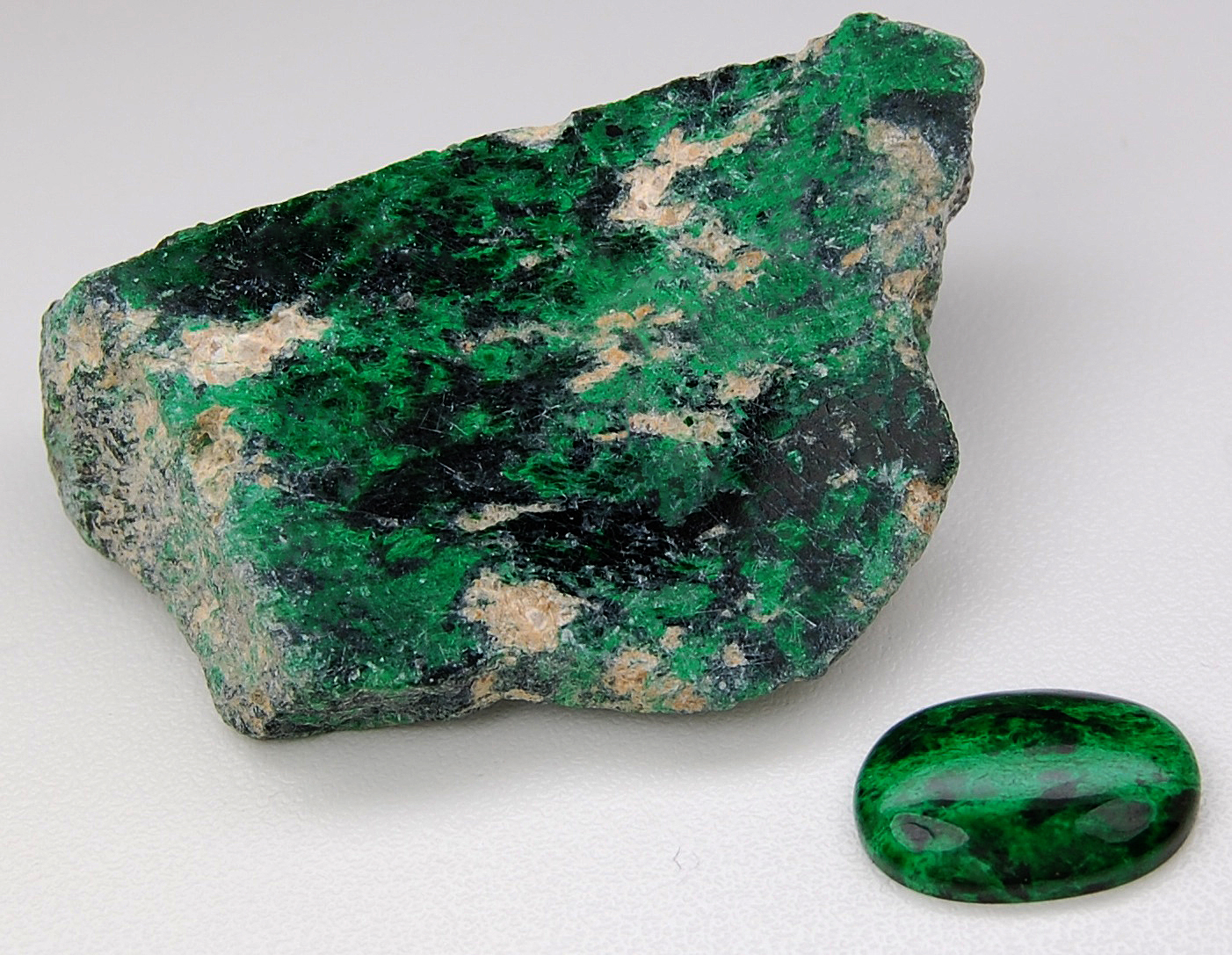 Introduction:  Maw sit sit is a rock composed primarily of kosmochlor, NaCrSi2O6. Kosmochlor was formerly known as ureyite before the name was discredited by the IMA.  It has varying combinations and amounts of jadeite, amphibole group minerals, chlorite group minerals, feldspar and other minerals.  Chemical composition will vary depending on the exact mineral content.  It was first described in the early 1960's by the late Dr. Edward Gübelin.

Stone Sizes:  Larger pieces of maw sit sit are often used for carvings while smaller sizes are cut into cabochons and beads.

-Refractive Index:  Spot reading between 1.53 and 1.74 depending on minerals present

-Cause of Color:  Chromium

Name:  Maw sit sit is named after the village in northern Myanmar near its discovery.

Care:  Warm, soapy water is safe.  Both the ultrasonic and steam cleaner are considered risky.