Introduction:  Feldspars are among the most common minerals on Earth.  The feldspar group is a complex mix of species and varieties with similar chemistry but variable in structure.  Although these complexities can cause nightmares for the mineralogist, they are not critical in gemology.  The feldspars can be separated into two series, the potassium feldspars and the plagioclase feldspars.  Each series consists of species and varieties as follows:

Potassium Feldspars:  These all have the same chemical composition KAlSi3O8 but differ in structure.  The species are:

Microcline:  The variety of microcline known as amazonite is semitranslucent to opaque, light green to greenish-blue.  Aventurescence is rare.  Microcline can also be white or occasionally light orange to pink.  Typical cutting styles are cabochons, beads and carvings.

Orthoclase:  transparent to opaque, colorless, yellow, occasionally green.  Phenomena include adularescence , asterism and chatoyancy.  The variety moonstone ranges from semitransparent to opaque with a colorless or white body color and displaying a white or blue billowy effect (adularescence).  Moonstone is rarely faceted, usually cut as cabochons, beads and carvings while the transparent colorless, yellow and brown orthoclase is usually faceted.

NOTE: Moonstone refers to the effect known as adularescence and can be found among feldspars of widely varying composition.  The presence of finely dispersed plates of one feldspar within another as a result of un-mixing upon cooling is the reason for adularescence.  Orthoclase moonstone consists of albite (a plagioclase feldspar) within an orthoclase (a potassium feldspar) matrix.  A blue sheen is seen if the albite crystals are very small and white sheen is displayed if the albite crystals are larger. 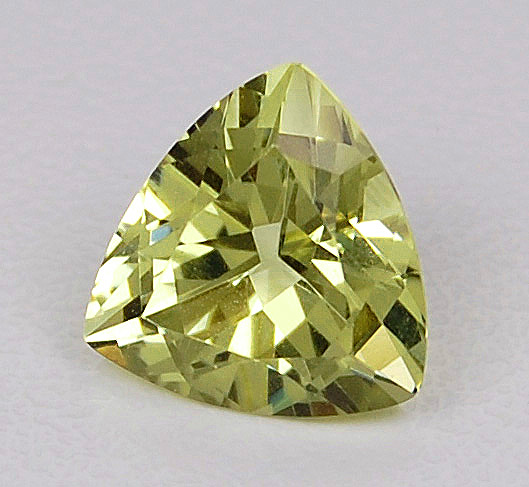 Sanidine and Anorthoclase:  Both of these species of the potassium feldspars are rarely seen outside of gemstone collections although sanidine is available from time to time in transparent, colorless to brown faceted gems, often displaying adularescence.

Optical properties vary almost linearly with composition through the series but due to the complexities in structure, X-ray diffraction is necessary for accurate identification.  Of the species in the plagioclase series, the most commonly seen in the gemstone trade is labradorite.

Labradorite:  transparent to opaque, gray to nearly black body color displaying labradorescence (typically blue and green colors) due to interference of light reflecting off a layered structure.  It is sometimes seen with the trade name Spectrolite and usually cut as cabochons, beads and carvings.  Labradorite may also be transparent colorless to yellow and brown and faceted.  Strong twinning is often seen within the stone.  Stones have been faceted in excess of 100 carats from the Mexican locality.  A variety of labradorite (sometimes oligoclase) known as sunstone is transparent yellow, orange, red or green in body color sometimes with a reddish or golden sheen from highly reflective inclusions of copper or hematite. 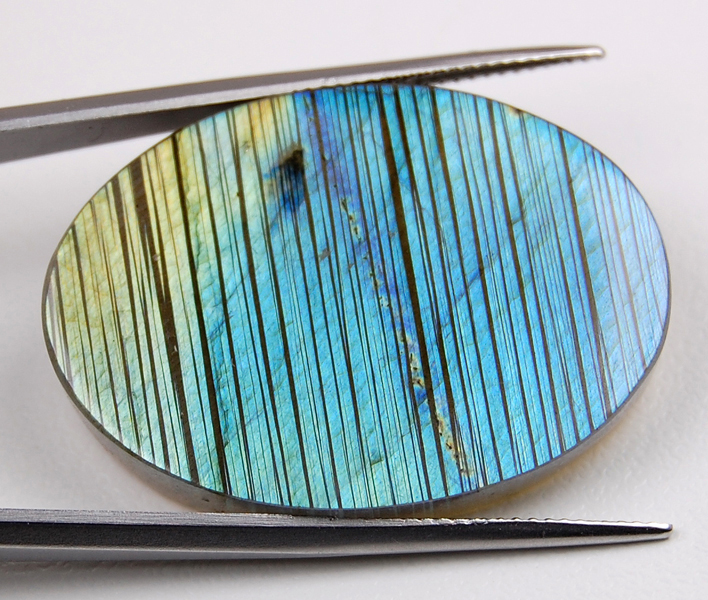 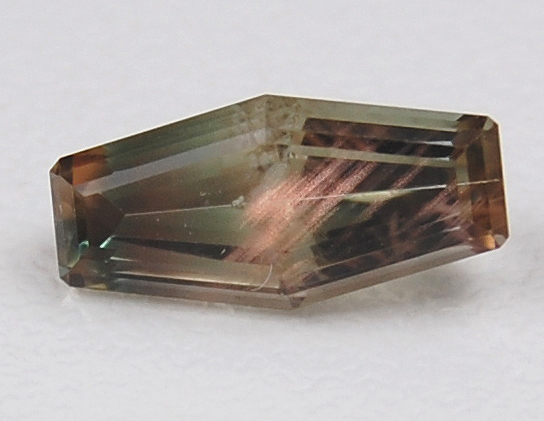