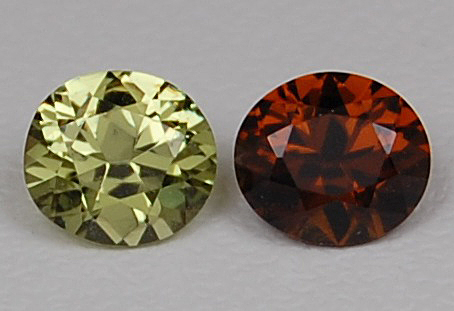 Introduction: Grandite or Mali Garnet is a variety in the garnet family within the grossular-andradite solid solution series.

Clarity: Mali garnets or grandites are of clarity Type II. Gems in this type typically grow with some minor inclusions in nature that may be eye visible but usually are well hidden or require magnification.

Name: Mali garnet is simply named after the country of origin.