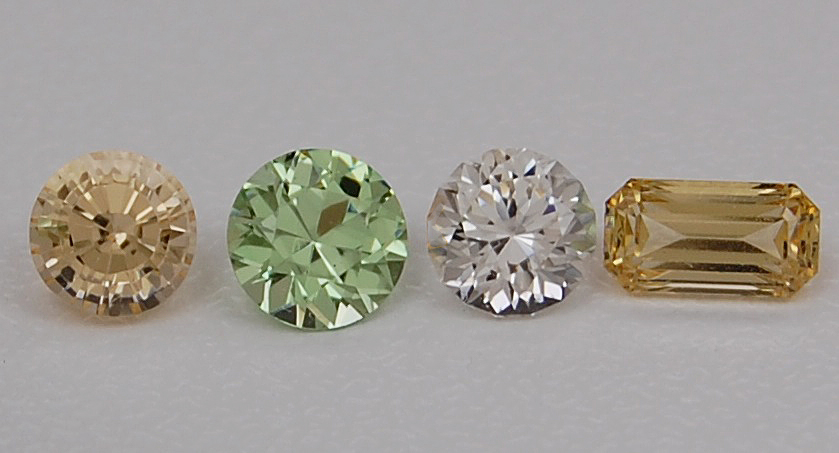 Introduction: Grossular is a species of garnet. It has two well known varieties, namely hessonite and tsavorite. Hessonite occurs in medium to dark tones of yellowish-orange to reddish-orange while
tsavorite is intense green to yellowish-green in color. Grossular garnets also occur in a light, almost pastel, yellow, green and colorless although colorless is rare. Data for hessonite and tsavorite will be
listed on their own page. This section will highlight the lighter tones known as grossular.

Clarity: Grossular garnets are of clarity Type II. Gems in this type typically grow with some minor inclusions in nature that may be eye visible but usually are well hidden or require magnification.

Stone Sizes: Some grossulars may be available from time to time approaching 10 carats but mostly seen in sizes of less than 3 carats. Colorless stones are rare over 1 ct sizes.

Name: Grossular is named after R. grossularia, the botanical name for the gooseberry, because of the resemblance of the color (pale green) to that of the plant.