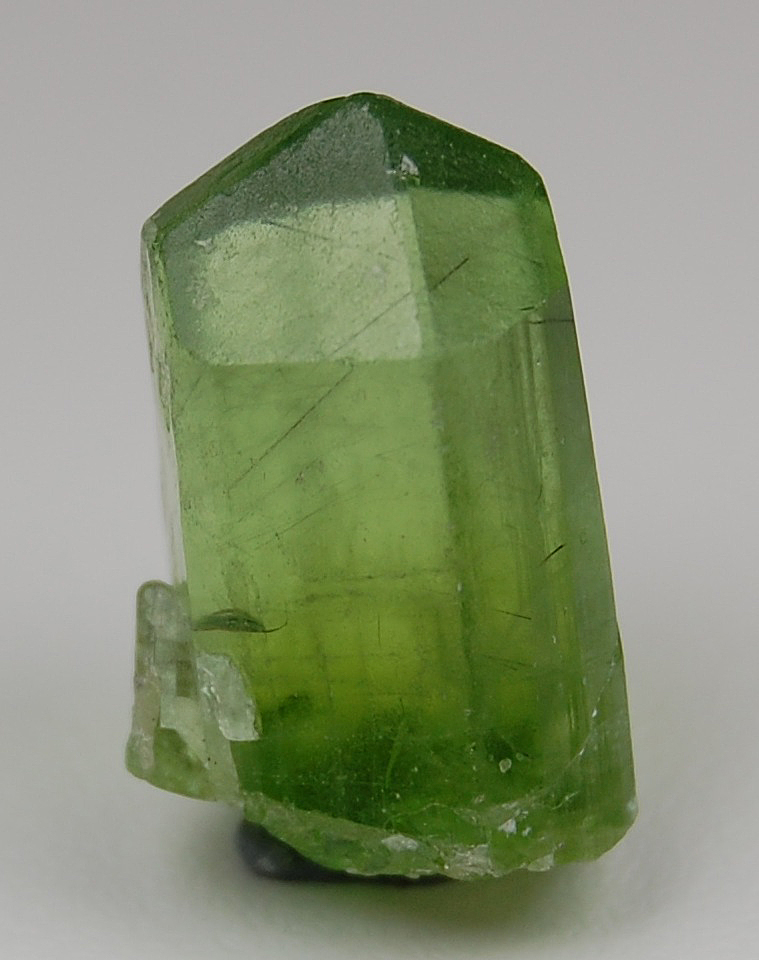 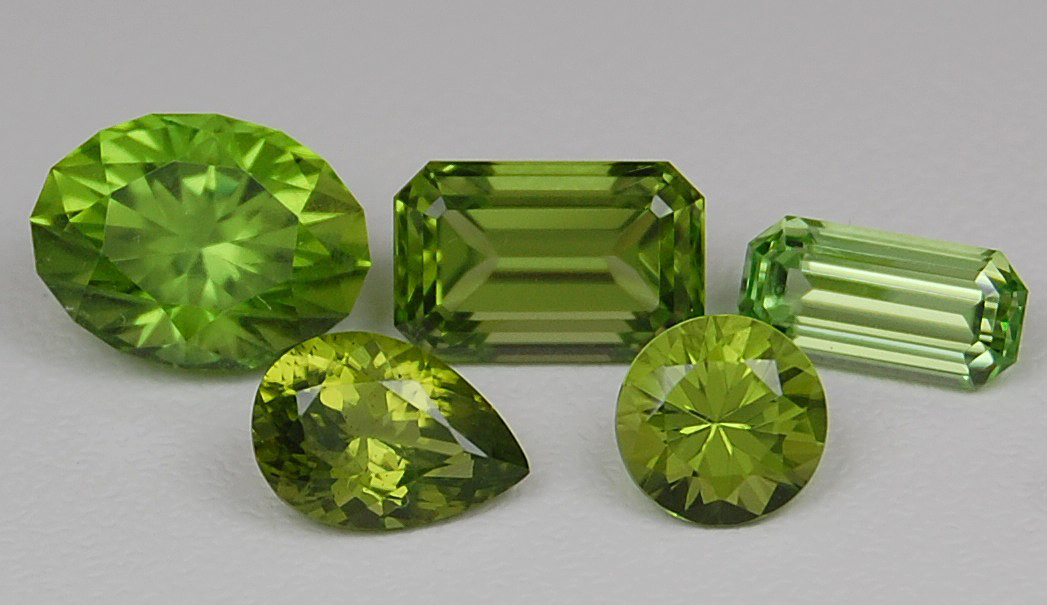 Introduction: Peridot is the common name seen in the gem trade for a member of the forsterite-fayalite solid solution series which is part of the olivine group.

Colors: yellowish-green to greenish-yellow to brownish-green

Clarity: Peridot is of clarity Type II. Gems in this type typically grow with some minor inclusions in nature that may be eye visible but usually are well hidden or require magnification. Disk-like liquid and gas
inclusions known as “lilypads” and black chromite crystals are identifiable inclusions. Chromian spinel and biotite are typical inclusions as well. Black, needle-like crystals of ludwigite-vonsenite are often seen
in peridots from Pakistan.

Stone Sizes: Peridot has been cut up to several hundred carats but mostly seen below 50 ct. With reduced availability from the Pakistan source, even stones over 10 ct are considered sizable.

Localities:
-Pakistan: Suppat Nala is the locality within Pakistan at very high altitude. This limits mining to
abbreviated times due to weather but for many years provided the market with large volumes of rough
peridot of very good color and clarity, some of large size. Recent mining has been curtailed so supply is
greatly reduced. (Back row-left)
-Burma: found near Mogok. Burmese peridot was the world’s only source of large fine stones before the
Pakistan locale was discovered. (Front row-right)
-Egypt: This is the most ancient source of peridot from Zabargad or Isle of St. John, an island off the
coast of Egypt. There is no current production but peridots from this locale appear in some old collections
from time to time. (Back row-center)
-Arizona: mined on the Navajo Indian Reservation. Most Arizona stones are small although stones exist
over 5 ct. In addition, the color tends to more of a brownish or olive green. (Front row-left)
-Norway: Peridot from Norway rarely exceeds 5 ct but is lighter in tone than other localities. It is almost a
lime green color. Production is not steady but available on occasion. (Back row-right)
-China: Yellowish-green peridot from China was prevalent in the gem market for several years but supply
has waned in recent years.

Name: Peridot is from the thirteenth century English peridota

Dates: Peridot is the birthstone for those born in August. It is also for the 16th wedding anniversary.

Care: The ultrasonic is risky and the steam cleaner should never be used. Warm, soapy water is safe.  Acids of all types should be avoided including pickling solutions often used at the jewelers work bench.
Sudden temperature changes should also be avoided.