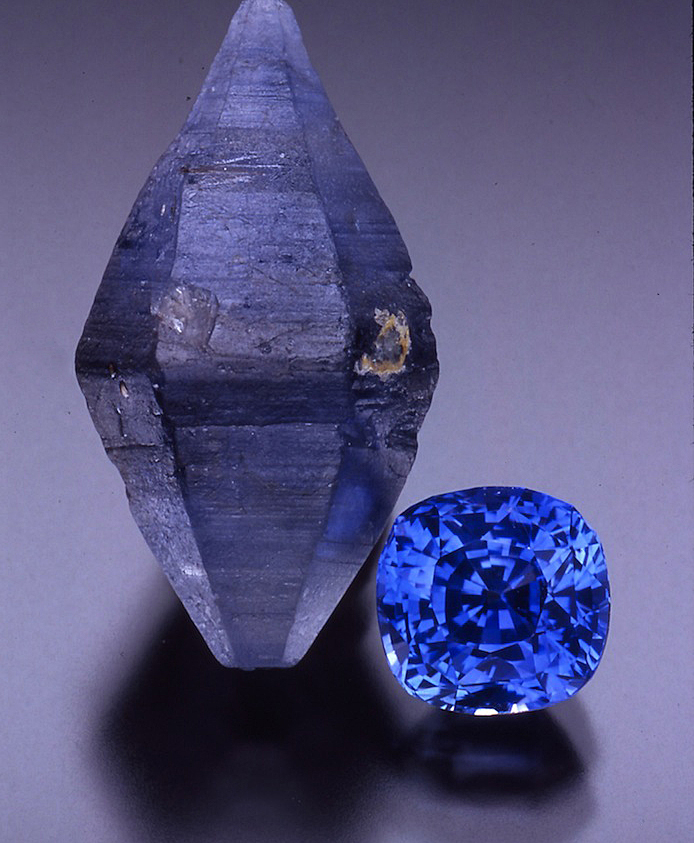 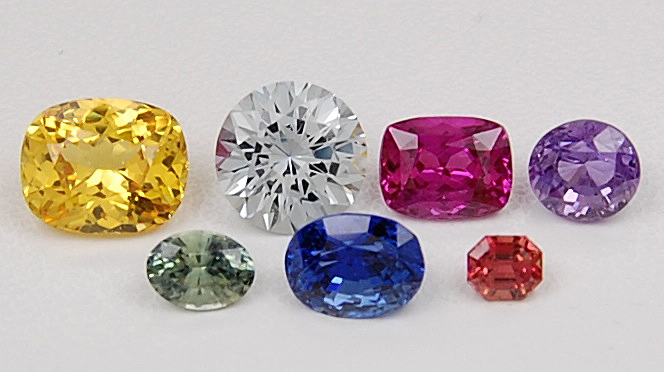 Introduction: Sapphire is a variety of the species corundum. It occurs in all colors except red when it is known as ruby.

Colors: Blue is the most common and well known but also occurs in pink, purple, yellow, green, orange, color change (blue to purple) and colorless. These colors can either be the dominant color or the modifying color. Stones are referred by their color name, i.e. pink sapphire, green sapphire, yellow sapphire except the pink-orange or orange-pink colors which are known as padparadscha sapphire.

Clarity: Sapphire is a Type II clarity gemstone. Gems of this type typically grow with some minor inclusions in nature that may be eye visible but usually are well hidden or require magnification. Inclusions in sapphire are often fine rutile needles (a source of titanium) called silk whichusually intersect at 60 degree angles. Proper orienting these rutile inclusions can result in a star sapphire when cut en cabochon. There may also be present zircon crystals surrounded by a halo and/or fingerprint inclusions. Color zoning is commonly seen in sapphire sometimes in hexagonal growth patterns. 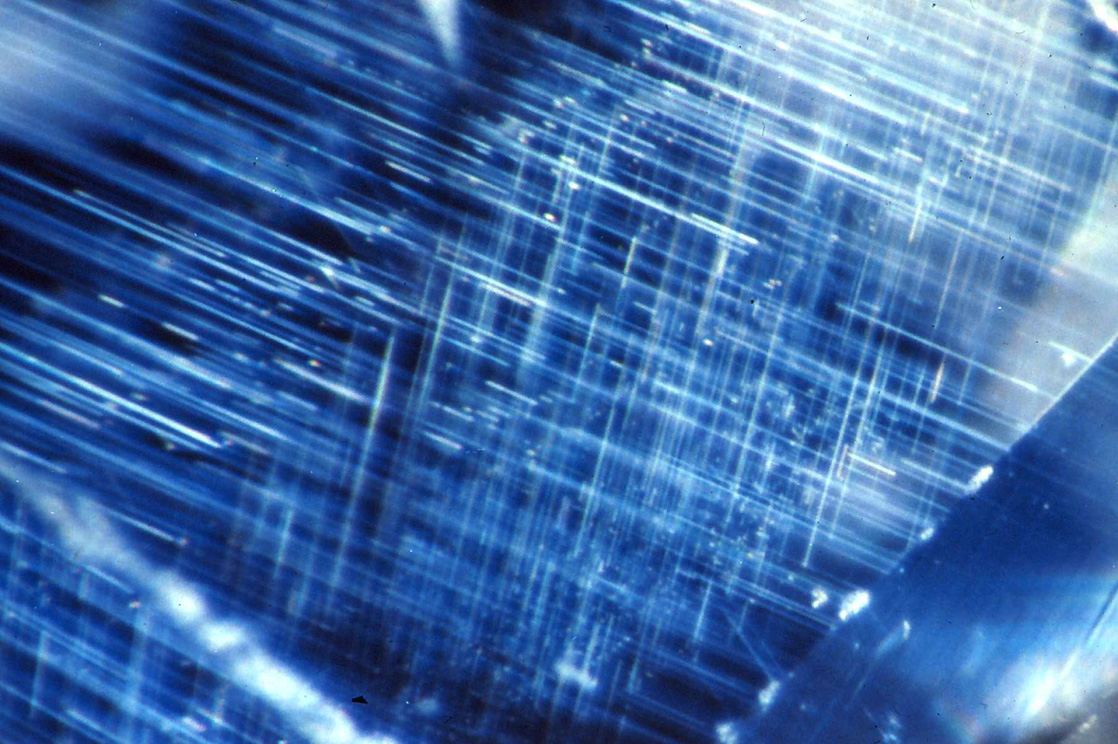 Stone Sizes: There are many large sapphires weighing hundreds of carats in museum collections but generally fine quality sapphires are less than 10 carats.

Localities: Non-gem corundum is plentiful from many worldwide localities but gem material is more restricted in occurrence. Sapphires from some localities that are exported, cut and sold in other countries
often lose their country of origin designation and become stones from the country in which they were processed. Gem laboratories can more often than not provide an origin report if that information is
important to the buyer. Personally, I believe country of origin is important to know but firmly believe that it should not be used as a factor in determining value.
-Kashmir is a locality in the disputed territory in northern India and Pakistan. Fine Kashmir stones are rare in any size and always command a substantial price. Kashmir sapphire is best described as a velvety violet-blue in medium to medium-dark tones.
-Burma (Myanmar) is also a locality known to produce very fine gem blue sapphire but production is sporadic and Burmese sapphires are not readily available.
-Sri Lanka provides the majority of the sapphires in today’s market. Sri Lankan sapphires are more commonly known as Ceylon sapphires, the country’s older name.
-Thailand and Cambodia are two well known localities for sapphire. Thai sources are less productive today than Cambodia but both are often seen in medium to dark to dark tones.
-Australia has been a long time producer of sapphire. Much of the production trends towards darker tones and often seen with a green modifying color.
-Madagascar has been an important source of gem sapphires in recent times. Much of the rough gem sapphire from Madagascar ends up in cutting centers in Bangkok and Sri Lanka for cutting and sale.
-USA is well known for gem sapphire from Montana. Yogo Gulch is the source of unheated sapphires in rich purple and blue colors. The rough is most commonly seen in small, flattened crystals which makes
the cutting of larger stones difficult. The majority of Montana’s sapphires are found in alluvial deposits and are almost always heat treated to improve color.
-Tanzania’s Umba Valley is a source of gem sapphire in a wide range of colors.
Brazil, Colombia, Malawi, Nepal, Pakistan, Vietnam, Kenya, India and North Carolina have all produced sapphires on a sporadic basis but none would be considered a major source.

Treatments:
-Heating (H) is done to improve color and clarity. It is usually done and the stability/durability is excellent.
-Diffusion (U) is done to improve color. Surface diffusion is done almost exclusively to blue sapphire and beryllium lattice diffusion is done on a variety of colors. It is occasionally done and the durability/stability is excellent but sometimes the color is only diffused a short distance into the stone which could create problems if stones are recut/repolished.
-Lead Glass Filled (F) is done to improve clarity. It is rarely done and should be avoided as the durability/ stability is poor.
-Irradiation(R) provides intense yellow and orange colors. It is occasionally done but duability/stability is poor as the color fades quickly in light or heat.

Name: Corundum is from the Sanskrit word kurivinda. Sapphire is from the Latin for blue. Padparadscha is a Sinhalese word meaning lotus blossom.

Dates: Sapphire is the birthstone for September and the gem for the 5th and 45th wedding anniversaries.

Care: Sapphire may be safely cleaned by ultrasonic, steamer or warm, soapy water.